More and more animal species are in danger worldwide. According to the IUCN Red List, more than 19,000 species are at risk of dying out in the near future. The ice plains, savannas and rain forests that have traditionally been their habitat, are increasingly being affected by humans. On Borneo, photographer and artist Erik Hijweege witnessed the illegal destruction of the rainforest for palm oil plantations. This dramatic sight inspired him to bring the destruction of natural biotopes to the attention in a creative way with his photo series New Habitat that the Natural History Museum Rotterdam exhibits from January 19 to March 22, 2020.

To guarantee their survival, Erik relocates endangered animals to a new, safe environment. The photos show this new reality, in which animals have adapted quickly. The African elephant feels at home in the Italian Dolomites and the Rothschild giraffe has settled in Iceland. The emperor penguins that were photographed on the spilling ice at Hindeloopen seem to have never left Antarctica, and a leopard is sneaking along a Rotterdam harbor quay.

New Habitat wants to contribute to the awareness of the current wave of extinction and thus encourage the protection of the original environment of endangered animals.

The Natural History Museum of Rotterdam is situated within Villa Dijkzigt, a national monument built in 1852. In 1995, the museum was extended with a modern glass pavilion. With a collection of more than 400,000 objects, varying from dried plants to fossilised mammoth remains, the museum is one of the largest natural history museums in the Netherlands. The museum offers a variety of different exhibitions, activities, educational programmes, conducted tours, quests and options for children&rsqu... 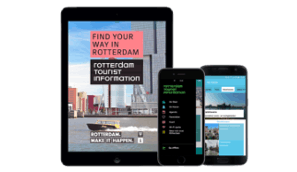