The LantarenVenster had a rich history stretching back to 1949 as a venue for film, dance, theatre and music at its old location on the Gouvernestraat road in Rotterdam. The new LantarenVenster opened in October 2010 in the light and spacious New Orleans building on the Wilhelmina Pier in the Kop van Zuid district. Since then, the focus has been on film and music, especially jazz.

The LantarenVenster’s films programme focuses on quality films from European and non-Western countries which cannot be seen at ordinary cinemas. Jazz is central to its musical offerings and the LantarenVenster has a reputation as the premier jazz venue of Rotterdam and the surrounding area. Attention is also paid to pop, world music, blues and singer-songwriters.

Catching a concert or film can be combined with eating something in the Royal Foyer. This space can hold up to 350 people and looks out over the Rijnhaven harbour. Simple inexpensive dishes such as salads and burgers are available. There is an outdoor terrace, weather permitting.

The LantarenVenster is just two minutes’ walk from Wilhelmina metro station where a number of trams also stop. There are various car parks nearby and mooring points for the water taxi. 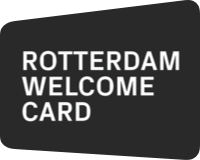